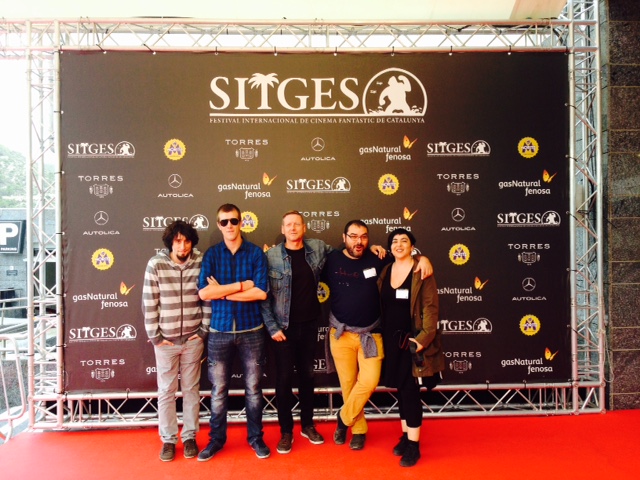 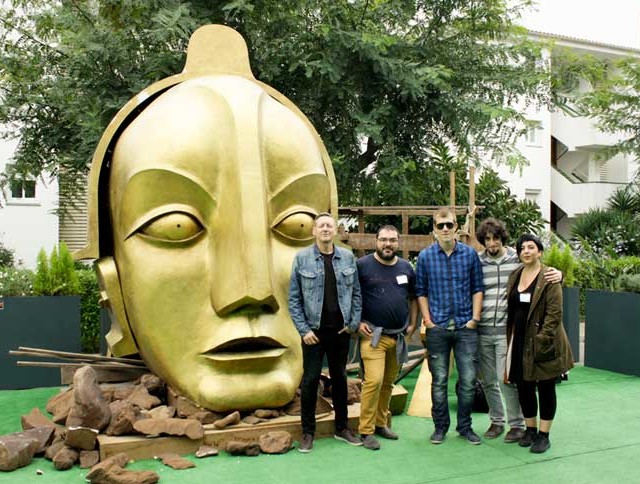 We loved Fabricated by the American Brett Foxwell, and Stems by the British Ainslie Henderson, Une tête disparait by Franck Dion was really moving, just like Beast by the Belgian Pieter Coudyzer and we had a good laugh with Darrel, by the Spanish Marc Briones and Alan Carabantes, which finally won the Best Short Film Award of the Anima’t Section. We cannot fail to mention, also for their originality, the short films The invented Peak by the British Greg Mcleod, Myles Mcleod and Tom Angell, and Big Boom by the Russian Marat Narimanov. 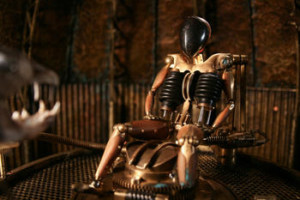 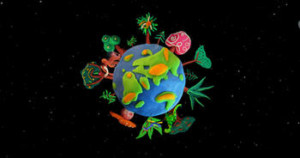 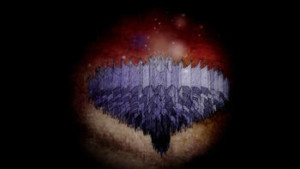 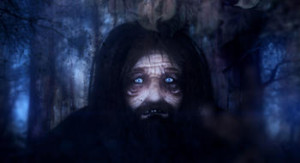 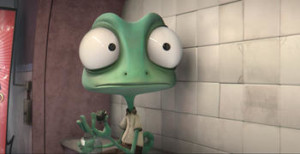 Very accurate, in any case, was the selection by the programmer of Anima’t section and member of the jury of ROS Film Festival, Jordi Sánchez Navarro, both for the diversity of animation techniques, as for the stories and narratives that we could enjoy during the screenings. 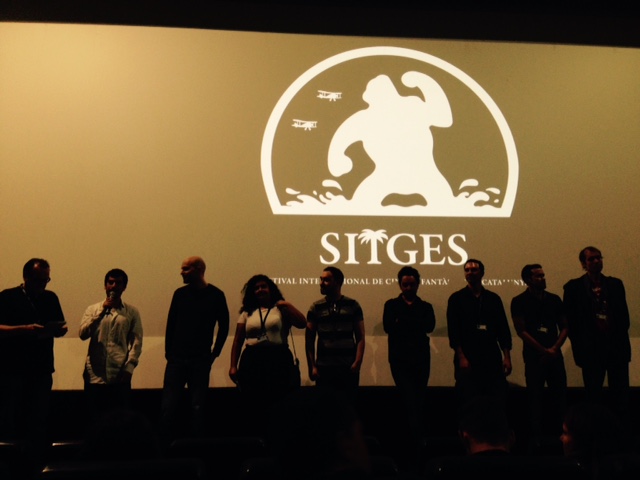 Ricardo Domínguez and Ángeles Gómez, director and scientific advisor at ROS Film Festival were responsible for the presentation of the contest to a wide audience. The rain did not stop them either from approaching the Espai Fnac to attend our little event, so we are immensely grateful to them, as well as to the Festival’s organization and to Espai Fnac for welcoming us.

After outlining the aims, rules and participation deadlines of ROS Film Festival and showing to the audience the vision of the Festival of some specialists in science fiction, robotics and artificial intelligence, by screening one of the pieces in our video channel, a round table took place, where Ricardo and Ángeles were joined by the robotics researcher and science fiction writer Carme Torras, member of our jury, and the PhD in industrial engineering and science popularizer Jordi Ojeda, a real expert and defender of mass media and the science fiction genre as a means of popularizing science.

Carme Torras introduced the round table talking about the latest advances in robotics, and the growing importance within them, of assistance robotics, an area in which she specialises as an engineer and whose peculiarities she also addresses as a science fiction author, like she does in her work, La mutación sentimental (Sentimental Mutation). Carmen’s vision of robotic development, has more to do with creating robots that cooperate with humans at different levels, than with the creation of completely autonomous artificial intelligences, trend towards which certain sectors of robotics are heading. 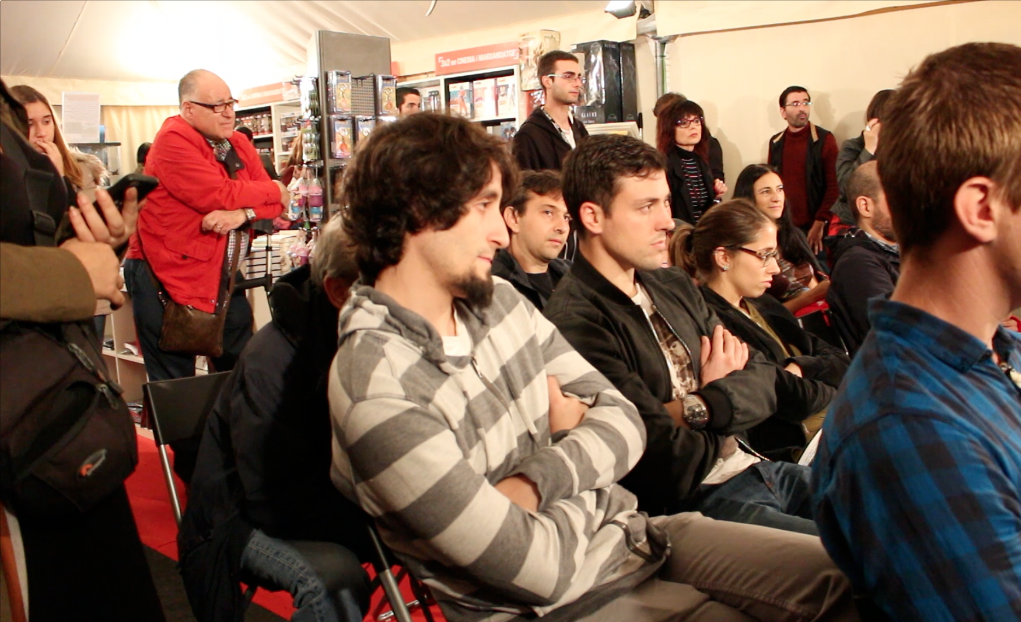 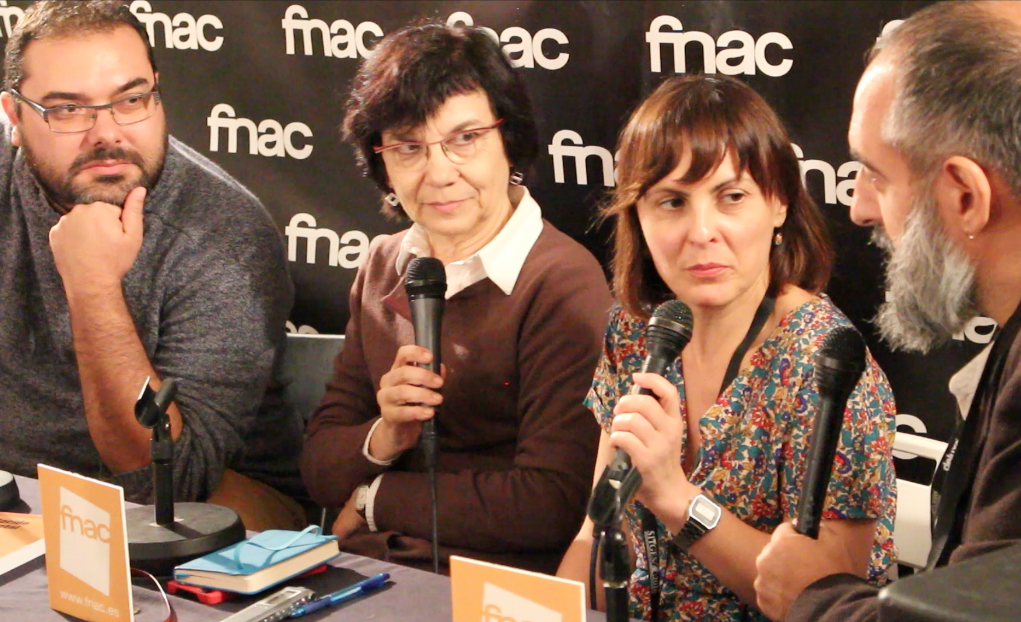 In connection with this kind of problem, one of the issues that raised more discussion was the ethics of robotics, which Torras pointed out, stressing the need for the people who design or programme robots to have some kind of training in Ethics.

Star Trek, universe to which this edition of the Sitges Festival is devoted, also had its own space at our round table. Jordi Ojeda, talking about possible futures technology could offer to mankind, recommended to the audience the full viewing of this saga that poses a very human future, in which all species work together for the common good, assisted by technology.

From the audience it was pointed out that perhaps humanity in a highly technological future would be precisely more human, due to the need of identification and contrast with technology, to what Carme Torras replied that what was certain is that technological development will derive in the future in an even greater technological gap.

Ricardo Domínguez, director of ROS Film Festival, contributed the vision of the anthropologist Eudald Carbonell to the debate about the evolution of humanity, that poses the thesis that we are still not human . Carbonell proposes the universal socialization of technology and science, so that a new leap is taken in the evolution of the human species after natural selection and technical selection. A leap that allows us to use the full potential of technology to improve life in order to reach humanity.

Also very interesting were the appreciations of the participants as to the importance of science fiction in defining the future, because although we cannot know what it will be like, as Torras pointed out, it allows us to imagine possible scenarios that help us walk towards the future we want as a species. Both Ojeda and Domínguez stressed the importance of popular culture (science fiction films, comics, literature) in the dissemination of technology and in raising awareness among society about its own evolution.

The 3 laws of robotics posed by Isaac Asimov, were also discussed after a question from the audience about the real stage of implementation of these laws in robotics. Ricardo Domínguez said that we are far from the scenario posed by Asimov, but what was certain is that it will come, stressing the importance that, as a society, we are capable of taking decisions. Torras added some examples of codes of ethics in robotics, such as the Korean code, that develop these laws among other things, and at a very detailed level.

Ángeles Gómez, scientific advisor of the festival, stressed the importance of ROS Film Festival in creating a critical mass ready to assume and take responsibility for the technological challenges of the future, because otherwise, as Carme Torras pointed out, technologies will follow a development based on the interests of multinationals.

We are very happy with the result of our visit to Sitges, both by the interest shown in our Festival, and for establishing relationships with different entities related to cinema and science fiction, which could provide a major boost to this festival. We will keep you updated!