Thanks to Martine Verhoeven’s unprejudiced vision, the film RoboCop (1987) became the icon of science fiction of the eighties and still survives as such. Without her vision, the film might have never been shot. Jon Davison, producer of the project, had contacted all talented directors he knew, but without exception they rejected the offer because they did not want such an apparently simple science fiction story to tarnish their film careers. Its title was, above all things, what put them off.

Barbara Boyle, Davison’s colleague, sent the script to Paul Verhoeven, who was working in the Netherlands. After reading it, he found it so stupid that he threw it away, but it was later rescued by Martine, who could see the background of the story of this cyborg cop that would become Verhoeven’s first film project in the US and also his debut in science fiction. Social criticism in the form of satire and topics such as corruption, gentrification or wild liberalism are some of the issues that are reflected in a very particular way in the script by Edward Neumeier and Michael Miner, enhanced with Verhoeven’s ingenuity and ability for hyperbole. The action takes place in Detroit in the near future.

Police forces in the violent city have become controlled by a private company, which keeps police officers in a precarious situation for the dangerous work they do. OCP (Omni Consumer Products) is a large corporation that is involved inthe urban development of the place: the creation of a new city, Delta City, to replace the old Detroit and the construction process which will give huge profits to its businessmen. Since they do not want to invest in improving the working conditions of police officers, POC develops a huge, bipedal, non-humanoid robot, the RP-209, with a good arsenal of built-in weapons, to keep peace in the streets of Delta City with the minimum possible expense. One problem: the robot has no ability to assess situations and becomes a danger in itself.

When a project fails, opportunities arise to pull off new initiatives, and this is the chance for Bob Morton (Miguel Ferrer), an aggressive businessman at POC. The difference in his proposal regarding RP-209 is the human factor: using a real police officer, Alex Murphy (Peter Weller), as the basis for the robot in order to create a cyborg. 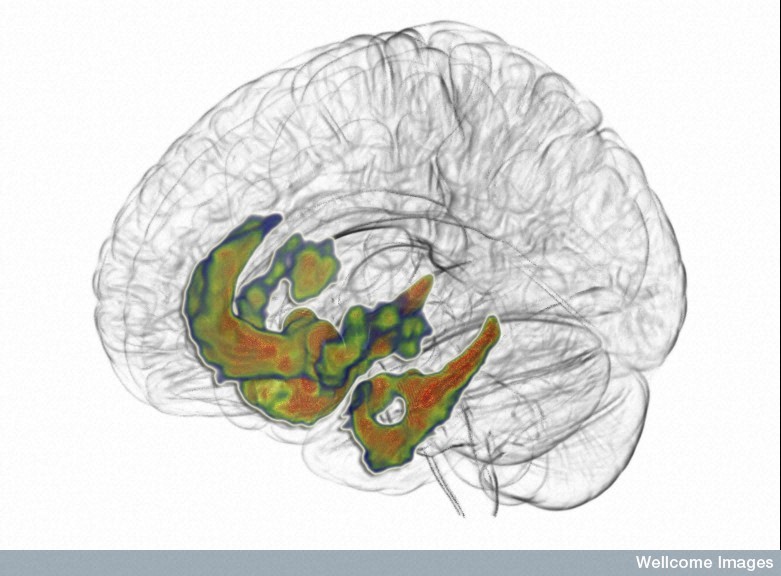 The technology used for creating RoboCop is not clear, the way in which the interaction between the biological and cybernetic components work. Of course, its body is made of titanium to withstand shots and all sorts of attacks, and although his vision is supposed to take place through a kind of interface similar to a camera, it has face and eyes of human appearance. Surprisingly, it has a digestive system through which nutrients are supplied to the biological part provided by Murphy to the robotic agent.

Among its organic parts there are several brain structures. It is indicated in the story that his memory has been erased by some type of procedure, but what seems to remain intact is his limbic system. At a certain time in the story, RoboCop says he does not remember his family (Murphy’s family), but he claims he feels them. It is precisely
the response to emotional stimuli what executes the structures that make up the limbic system. Pleasure, fear or sex drive are some of the processes carried out by the limbic system, which is responsible, thanks to the work of evolution and natural selection, of rapid responses that ensure the survival of the species.

RoboCop’s limbic system would therefore be one of the factors of its success, since it is able to make the right decisions in situations of danger to himself and those protected by him. All that with the handicap provided by his robotic part, obedience to programming that may even contradict the objectives for which it has been developed: to serve citizens, protect the innocent and uphold the law.