You can already watch the short films participating in ROS Film Festival and vote for your favourite ones!

From today, Tuesday, 20th December, you can enjoy online all the short films taking part in the first edition of the Robotic Online Short Film Festival. A total of  48 works by creators from 16 different countries that share a point in common: one of the actors appearing in them is a robot.

The short films can be viewed at the video channel  from the festival’s website, where they are classified within the two official sections of the festival: Real Robots and Fictional Robots.. In the first section, at least one of the actors is a programmable robot with the ability to speak, express emotions, or interact with humans or other robots; in the second one, at least one of the actors is a non-programmable robot that may have been purchased or manufactured by the participants, created by animation or characterization.

How to vote for your favourite short films?

In addition to the main awards, given by a jury made up of  professionals from the world of cinema, technology and communication, users are also an active part of this festival, as you can vote for the Audience Award in both categories.

You can vote for the works from the festival’s own video channel, within the page of each participating short film, by clicking on “Tweet” button below the embebed video and publish it on Twitter. The short film with the most “tweets” in each category with the hashtags #ROSFilmFestival #AudienceAwards will win the Audience Award.

The only requirement to vote for the short films is to have an active Twitter profile. You can vote as many short films as you want, but remember that you can only vote once for each short film.

The deadline to vote for the Audience Award will expire when the professional jury’s decision is announced in March 2017. 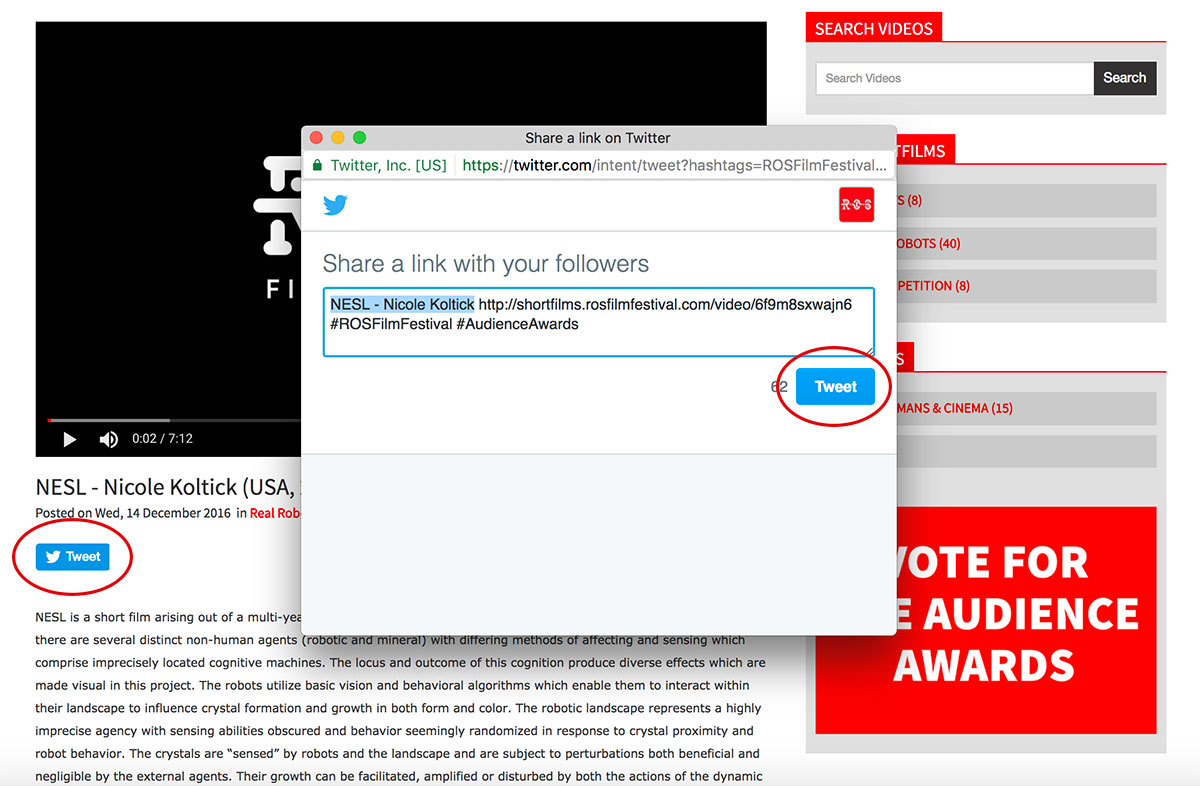