Since the early days of cinema robots have been an inspiration for great directors: Fritz Lang, Ridley Scott, James Cameron, Steven Spielberg, etc. starring in an endless list of films.

In recent years, film production with robotics theme has experimented a special boom, mainly due to the technological evolution of robots themselves, but also because the relationship between humans and machines is getting closer and closer and is increasingly becoming part of the social imaginary.

In addition to establishing a new space for dialogue between art, science and technology, the main aim of the Robotic Online Short Film Festival (ROS Film Festival), is to be able to elucidate how this imaginary we previously referred to is made up, by making creators and viewers reflect on a not so distant society where we share our daily life with social robots, those who are capable of interacting and empa-thizing with humans or among themselves.

Thus, the ROS Film Festival aims at creating stories where robots, alone or with humans, are the protagonists. It has one official section and can include any type of robot, whether real (programmable and made with electronic circuits) or fictitional (created through animation techniques or represented by actors through characterization). In this section, works will also be accepted if one of the central characters represents an artificial intelligence, with or without physical form.

Participants may submit as many short films as they wish, for each of the official and out of competition sections, provided they meet the requirements. A short film can only participate in one of the two official sections. A different registration must be made for each of the short films presented.

Application and sumissions are free. It will be necessary to carry out the following actions, explained in the development of these bases.

Participants will receive confirmation of receipt by the organization, both the registration and the work. You may complete a different registration for each short film submited.

Term for registration and film submissions will be open from March the 2nd until July the 31th 2020.

Participation in the festival implies acceptance of these rules.

Films will be submitted through https://filmfreeway.com/rosfilmfestival

Users should create a profile and a project containing all short film data and the video to be download. 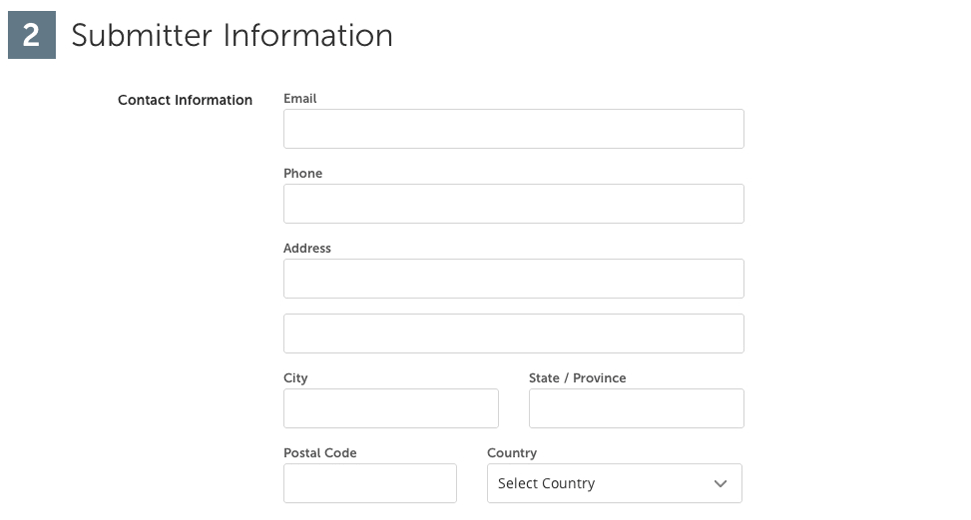 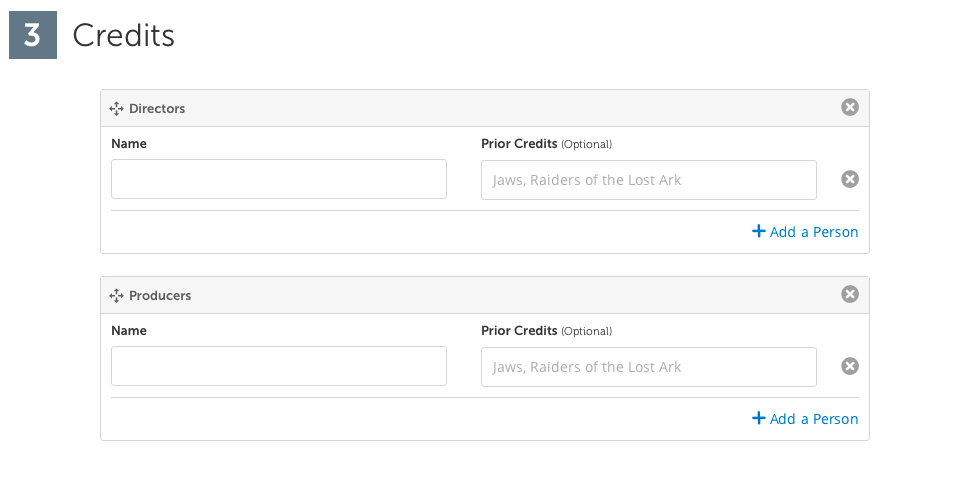 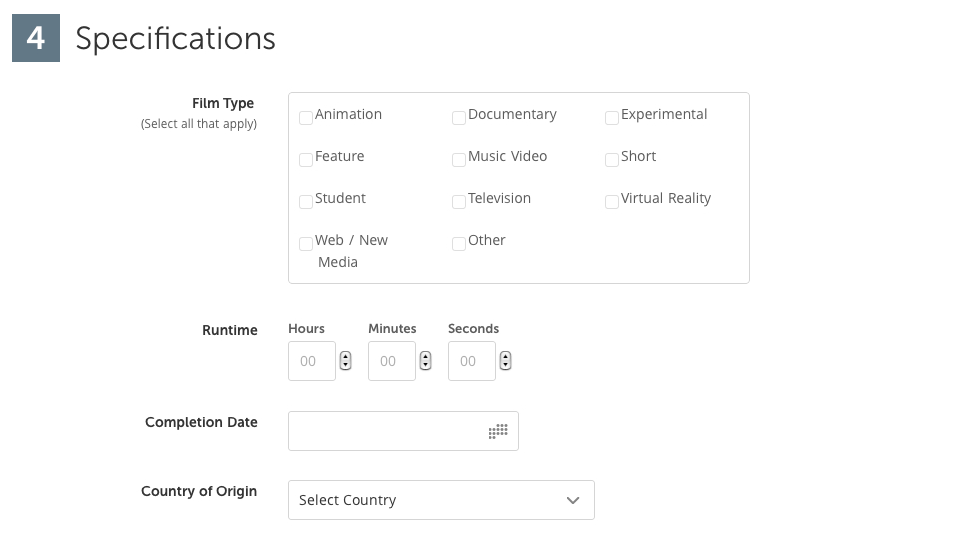 Short film video should be uploaded to Filmfreeway and participant should give the necessary permissions to ROS Film Festival for download.

In addition to the video files, the following contents must be uploaded to the Filmfreeway project, as a minimum:

Submitted short films must meet the requirements specified in section 3 of these bases.

Once we have downloaded the materials and checked that they meet the requirements, the organiza- tion of ROS Film Festival will send an e-mail to the person responsible for the work, confirming participation in the festival.

If a file is missing or it has any correctable errors, it will be pointed out by email to the contact person, who will have a period of 48 hours to correct such errors.

The organization reserves the right to exclude any short films that, at its discretion, do not meet the ethical or legal conditions required by ROS Film Festival.

Participants will be able to check whether their work has been admitted in the list of participants that will be published on the festival website.

The short films must be unscreened or produced after January 1, 2016.

The short films must have at least one robotic actor or character and any number of animals or human actors considered appropriate by the creators (zero to infinity). The films sent for competition will have a maximum length of 20 minutes, excluding bumpers and credits.

An extra video (with a maximum length of 3 minutes) with additional material (outtakes, making of, tributes and references) can be included with each short film. This additional video will not be assessed by the jury.

Participants must keep a copy of exhibition in FullHD of the short film, in MP4, encoded in H264, of 1920 x 1080 in 16: 9 that ROS Film Festival organization will require if they become finalists, for screening in theaters and festivals.

Festival organization will add two identifying bumpers from the ROS Film Festival, one at the beginning and one at the end in each one of the films submitted.

The jury will be formed by personalities and renowned professionals in the film industry and in the world of technology or communication. The decision of the jury will be final.

A short film can be awarded a Jury Prize and an Audience Award.

All prizes are subject to current tax legislation.

The resolution of the awards will be made public, prior to November, 2020 on the website http://rosfilmfestival.com/en/ and will be broadcast on all communication channels of the ROS Film Festival and written media.

The call may be declared fully or partially deserted and the jury’s decisions are final.

All times shown in the calendar are according to Madrid time CEST (UTC / GMT + 1).

t is the responsibility of the participants to have the rights to exhibit the materials included in the short films (use of third party materials, appearance of people, minors, etc.).

To participate in the ROS Film Festival, submitted short films must comply with current legislation regarding copyright and the right to privacy of individuals. Therefore, participants guarantee that the films submitted to the festival do not violate current legislation regarding exploitation rights, rights to honour, privacy or image or intellectual property rights and / or industrial and / or any other third party rights.

The organization of ROS Film Festival accepts no legal responsibility for the films in competition and its contents.

Participants undertake to keep a screening copy with the characteristics indicated in section 3.2.

Participants grant permission to ROS Film Festival for the dissemination of the work under the conditions specified in 7.2 of these rules.

The short films sent to the festival will be published in the communication channels of ROS Film Festival, for display.

By taking part in the festival, authors will transfer to El Caleidoscopio Proyectos de Ciencia y Cultura S.L, for free and for an indefinite term, with ease of transfer to third parties, and on a non- exclusive basis, the rights of reproduction, public communication and distribution of the film and / or fragments thereof, through any channel.

The authors of the short films authorize the festival to use, reproduce, disclose, print, publish and disseminate through any media, the names and image of the representative and the technical team responsible for the creation of the film, for acts of dissemination of short films.

The festival organization is exonerated from any responsibility in case of malfunction of the Internet that prevents normal development of the festival.

Participants authorize El Caleidoscopio Proyectos de Ciencia y Cultura S.L to automatically process the data collected in the pre-entry and participation forms of the ROS Film Festival included in the website http://rosfilmfestival.com/en/ to receive information about the festival and any other issues related to the festival that might be of interest to the user.

In any case, the participant may contact the organization in order to access, modify or cancel their data via e-mail at shortfilms@rosfilmfestival.com

El Caleidoscopio Proyectos de Ciencia y Cultura S.L, as an entity responsible for the file data obtained from the forms at http://rosfilmfestival.com/en/ ensures proper compliance with current legislation regarding the protection of personal data.

Attending this competition implies acceptance of its rules and its decision, which is final, and the waiver of any claims.

Exceptionally and for duly justified reasons, El Caleidoscopio reserves the right to modify the wording of the Rules in order to clarify or specify its contents without this involving a substantial or arbitrary alteration thereof. The text of the Rules will be available during the term of validity of this call on the website http://rosfilmfestival.com/en/

For more information or for further questions about the festival, please write to