The future legacy of Dieter Rams to robotics

One of the key steps in the creation of machines is the design, how the user will approach the machine, how intuitive and practical its use is. This is true for both the creation of real machines, like in films, or other cultural works.

Carlos Salgado, illustrator and designer responsible for designing Pilgrim 7000, the humanoid robot starring in the film Autómata. As he expressed in the “Robotics, Art and Culture” workshop held last May in RoboCity16, he was inspired by Atlas, the humanoid soldier of Boston Dynamics, and by the work of the industrial designer Dieter Rams.

Dieter Rams was born in 1932 in Wiesbaden (Germany). As a child, he remained absorbed for hours watching his father, who was a carpenter, work. So much so that he left his studies of interior design, which he began at the age of 16, to learn carpentry for three years. He later studied architecture and joined the company Braun in 1955 after leaving his job at an architecture studio. 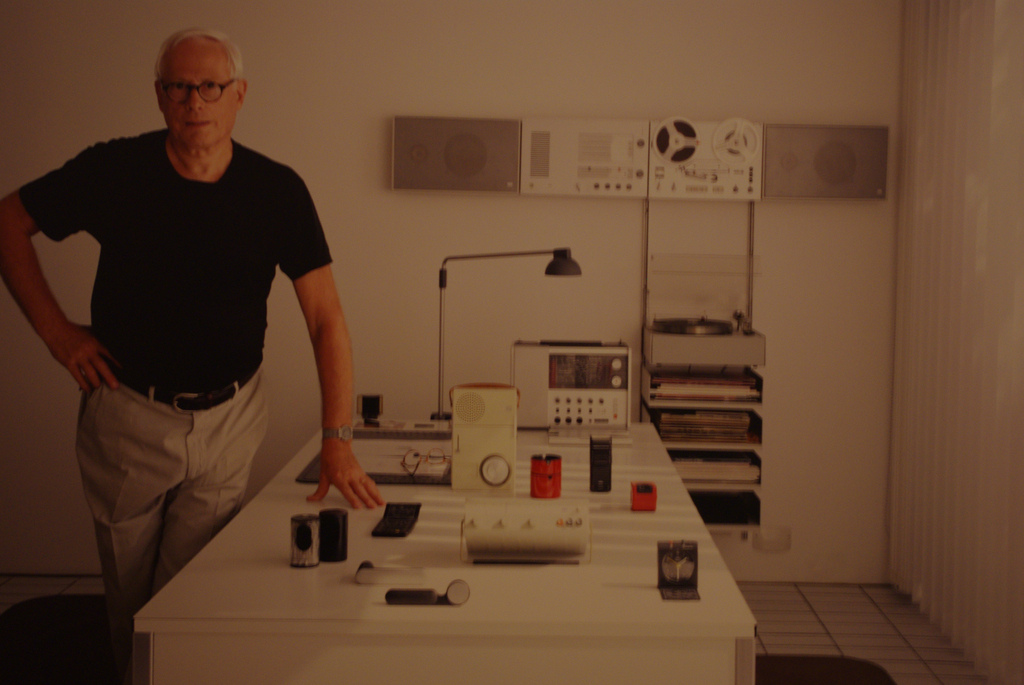 His role in the company, as an architect and interior designer, was to design exhibitors and offices, but his interest was increasingly focused on products. Max Braun, the founder of the company that was born in 1921 as a manufacturer of radio components, died suddenly in 1951, after which his sons Arthur and Erwin, aged 26 and 30, had to take care of the business. Being young enterpreneurs, along with the time of change Europe was going through after the Second World War, which was a hard time for Max Braun who had to refloat his company after being virtually destroyed, was an ideal breeding ground for young designers like Dieter Rams to show their talent.

One of his first creations was the SK4, which he developed with a team led by senior architect and designer Hans Gugelot. This device was at the same time a radio and a record player, an innovation by Braun that was soon incorporated by other manufacturers. It was a completely different design to what was considered “elegant” at a time when radios were ornamental wooden boxes that imitated classic furniture. A white metal box with wooden side walls and a transparent cover so that the mechanism could be seen were the hallmark of a device whose critics called “Snow White’s coffin”. They were wrong. A new generation of consumers willingly accepted this simple and innovative design.

Gradually Dieter Rams continued to work and improve his status at Braun, so much so that in 1962 he became the director of a team of young designers. The estrangement between the Braun brothers with senior designers and their confidence in Rams’ vision, who continued to work for the company in different positions until his retirement in 1997, materialised then.

Dieter Rams has designed all kinds of products: calculators, pocket radios, shavers … and his work has had a great influence on the consumer and, above all, on creators and artists. Two paradigmatic cases: Jonathan Ive for Apple and Jasper Morrison for Rowenta. In our interaction with gadgets and appliances, design is key for a good experience as a user. In the field of robotics, in which so many different disciplines converge, the design of the final product will be a decisive element when it comes to incorporate robots in our lives that will perform functions unimaginable until now.

Dieter Rams’s legacy will therefore prevail in future technological creations. These are the principles that govern his work.